Recent Samples of Our Integrated Classes 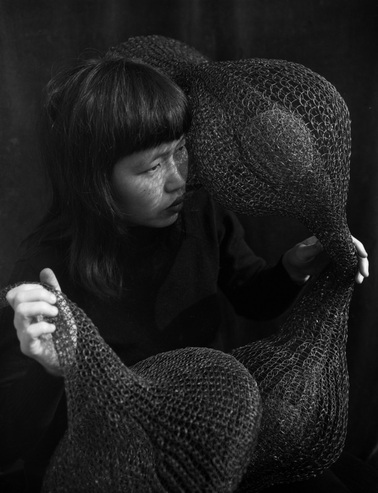 The approach began with the personal.  In Social Studies, students learned about the trajectory of artist Ruth Asawa's life, from her early childhood on a farm outside Los Angeles, to her internment at age 16 at the Santa Anita Racetrack, to her training as an artist and eventually her founding the Artists in the Schools Program throughout San Francisco.  We took a field trip to see Asawa's wire sculptures at the deYoung Museum and her public sculpture at Ghiradelli Square in San Francisco.  The class watched a one-hour documentary film on her life and work, after which our art teacher gave us lessons on how to create wire sculptures using copper wire.  Students and teachers made their own wire baskets using a technique very similar to Ruth's.

In English, students wrote a group poem dedicated to Ruth Asawa, refining it over four class periods.  We took the poem to Iota Press, a letterpress printing operation in Sebastopol, where owner Eric Johnson gave our students a three-hour, hands-on lesson in letter pressing.  They set the type for their poem by hand, one letter at a time, and printed copies on 200-year-old presses which they hand-operated. We sent the poem to Asawa's surviving family in San Francisco, and the class visited an exhibition of other poets' letter pressed chap books at Risk Press Gallery in Sebastopol, where the poems themselves had become art. 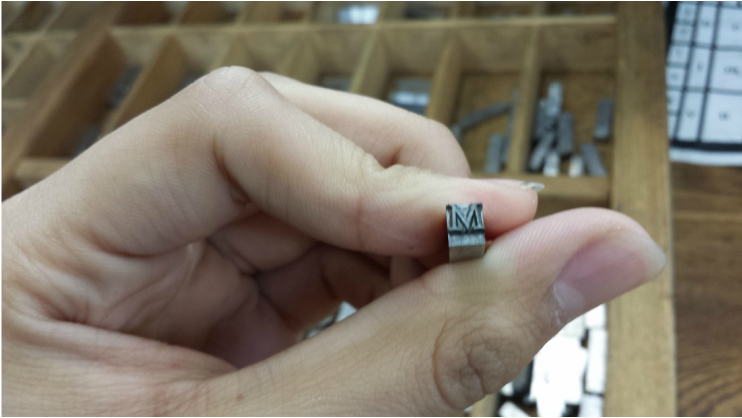 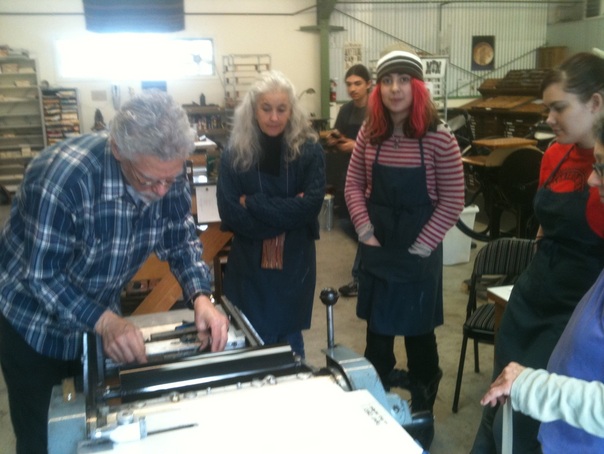 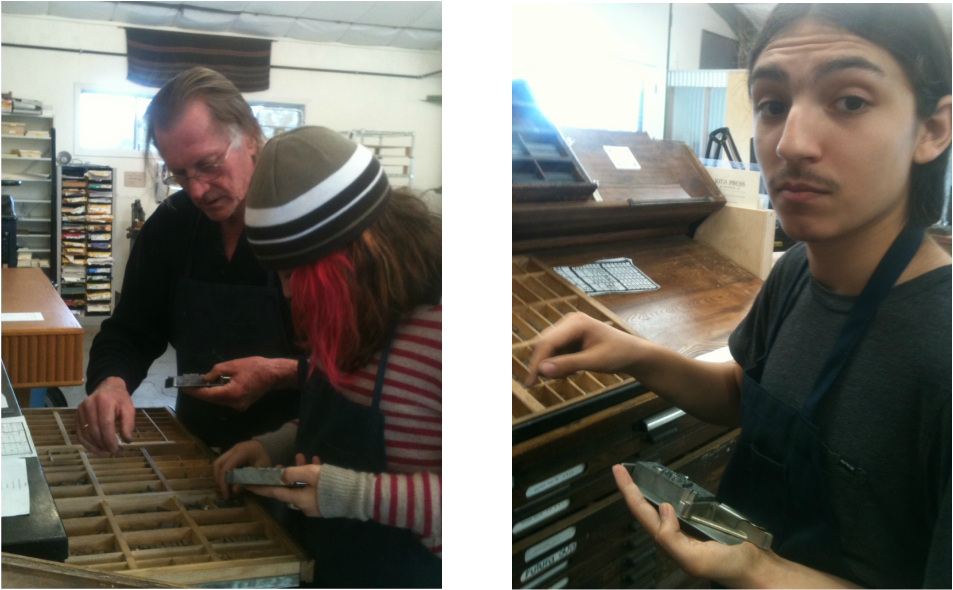 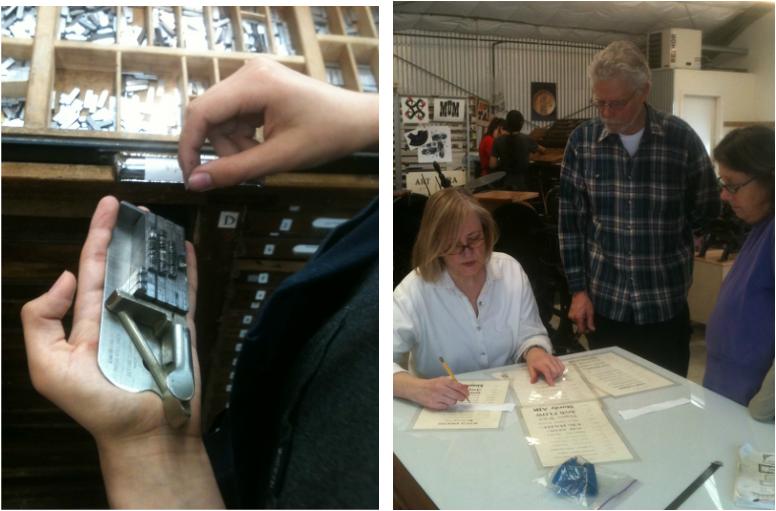 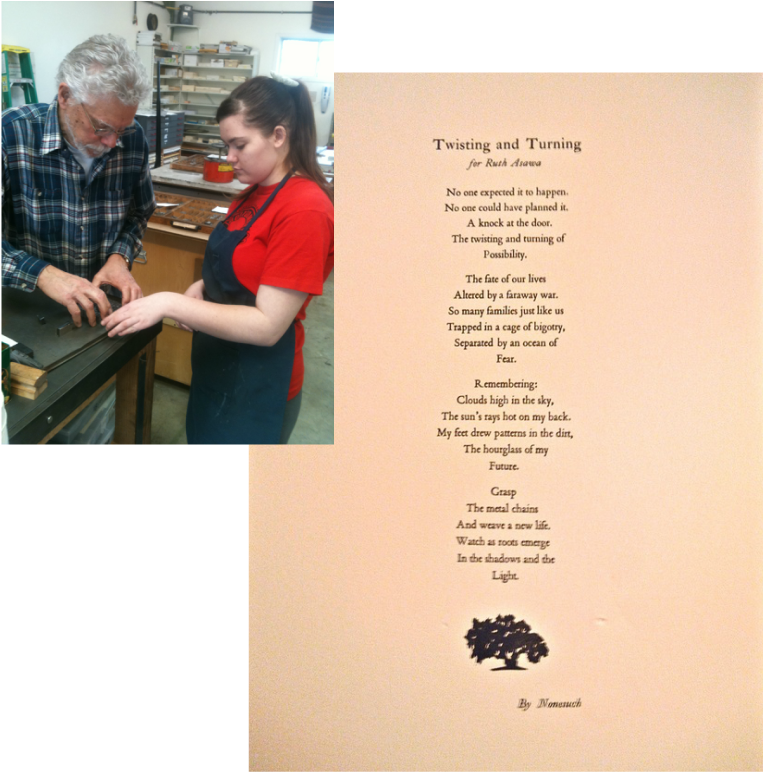 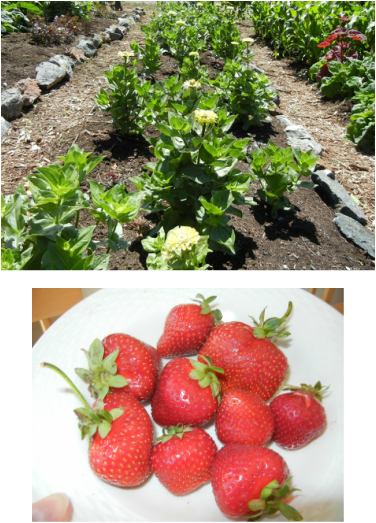 ﻿In the fall of 2012, as part of a Social Studies unit on the Roots of Democracy and the American democratic process, Nonesuch students were asked to choose a state ballot measure that would be decided by voters in the upcoming November election.  They chose Proposition 37, the hotly contested initiative written by a grandmother and farmer who was concerned about the food we're eating.  Prop 37 would have required packaged foods sold in California to be labeled as GMO by manufacturers if those foods contained any genetically modified ingredients.  The measure would have also directed grocers to put up signage indicating GMO produce.

After conducting research on the science of GMOs and gaining an understanding of the Proposition itself, students began watching videos featuring its author making her case and answering her critics.  Monitoring news coverage and opinion pieces on both sides of the issue from around the world, they learned how to read critically and distinguish opinion from factual reporting.  From there they outlined the components of their own informational video, deciding on a documentary approach.  Our English and Documentary teacher taught hands-on classes in video production, including video interviewing skills, and students practiced those skills at school.  ﻿They crafted interview questions and a content outline, and arranged key interviews with area experts.﻿ Then they took their cameras out into the community to find answers.

Included in the video are the manager of the Petaluma Seed Bank, an organic farmer at Laguna Farms, and several grocery store managers.  In addition, students conducted person-on-the-street interviews with a variety of voters.  Back at school, they selected free music from Moby's online site and learned the basics of video editing from a community-based professional editor who came in and worked with them over several days.  They selected footage, incorporated digital stills they had taken in the field, and refined the script.

The Nonesuch Prop 37 video, What's in Your Food? was completed and posted to Youtube one week before Election Day.  Students used social media to promote viewership and﻿ got an ov﻿erwhelmingly positive response from green activists and ordinary voters who appreciated gaining a clearer understanding of the issue.  It was a point of pride for students and teachers, and while Proposition 37 failed at the polls, the issue is still very much alive.

You can view the finished Prop 37 video here.